The second group of drawings from Anna’s Notebook are these bodice sketches.  Or at least I think they are bodice sketches, since they are not labeled! These were probably the base for blouses and dress bodices, and could probably be adapted to jackets and coats as well.

I suppose in the last post I should have been more clear- her sketches in this notebook are all for pattern drafting.  As she progressed in her studies we have some fashion sketches with patterns, but most are of the type here below. 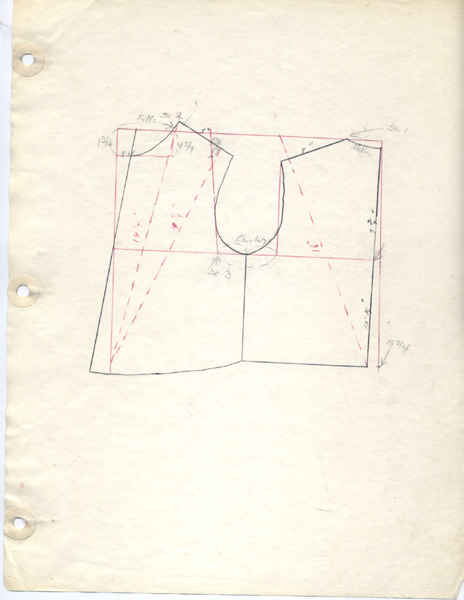 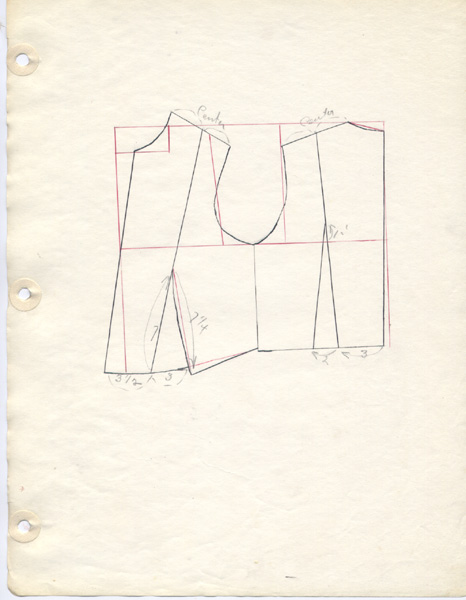 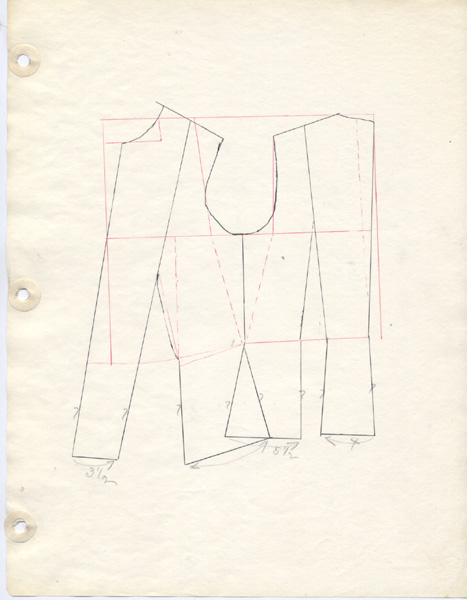 If you’re interested in 1920s fashion design, these are quite fun and could be adapted for your figure by enlarging them.  One of the easiest ways to do this is to enlarge them based on a grid.  A little math is involved, but if you figure out your general proportions and then draw a grid over the image you can enlarge it in inches.  For example, the easiest would probably be to go by bust size.  If you’re 36 bust,  figure out that you’ll need to split this in 4 (as you need a front and back, and each piece should be mirrored).  If that’s the case, you’ll need nine squares across the bust to make this work, then draw out a grid of 1″ x 1″ on a large paper and sketch it out.  For more information follow this link, although a star is illustrated it can be adapted to sewing patterns.  Of course I haven’t tried this and have simplified it as much as possible, so details above in terms of proportion are just a guess.  You will  have to play around with it and will have to make mock ups, but it may be fun to try!  Also, remember that no seam allowance would have been included so if you try to enlarge these you will need to add seam allowance after you enlarge.

Have a good weekend!